PHILIPPE GARAUDE
Industrial Design & Mechanical Engineering
HomeAbout meContact
Mise en Rose
- Verallia Design Awards 2020 -
STATUS
Solo project
DURATION
2 weeks
2020
COLLABORATION
Verallia
The heritage of French wine no longer need to be proven. However, one invisible element plays an essential role in the winemaking process - the barrel. Invented by the Gauls, this object has survived through centuries. From a simple container, it has now become a fundamental oenological tool. The inspiration in the design of this bottle "La Mise en Rose" represents an essential step in the craftsmanship of the barrel.
‍
The bottle Mise en Rose is first and foremost the affirmation of a deeply French heritage, accompanied with a touch of modernism. It is also the appreciation of a time-honored profession, even an art, that of the cooper or barrel-maker. Inspired by the technique of making barrels, a thousand-year old know-how essential to winemaking, this bottle is intended to depict elegance and refinement, and in tasting the wine, it  invites us to reflect on the rich heritage of French viniculture. 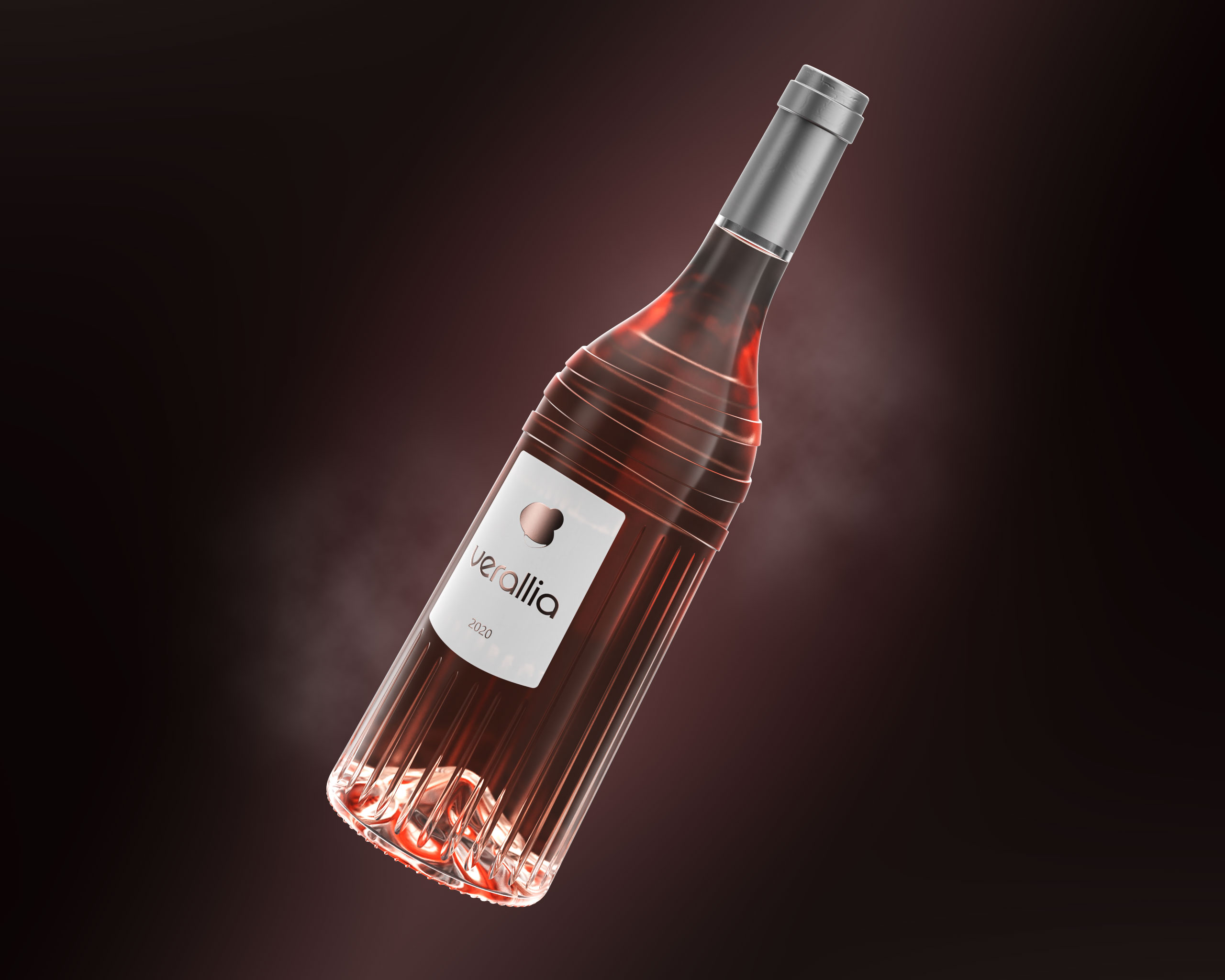 The 2020 theme: French Style Glass
Made in France is no longer a fashion phenomenon that we reproched a few years ago. Nowadays, not only is it a proudly accepted mode of consumption in France but the label Made in France is renown internationally. Evoking notions of refinement and luxury, traditions and know-how, Made in France reassures and seduces consumers. The inspiration for this project draws on thousand year old heritage, still practiced today, without which wine cannot be aged. This bottle intends to focus the light on the wine barrel, a profoundly French object, witness to a rich terroir and an extraordinary savoir-faire. 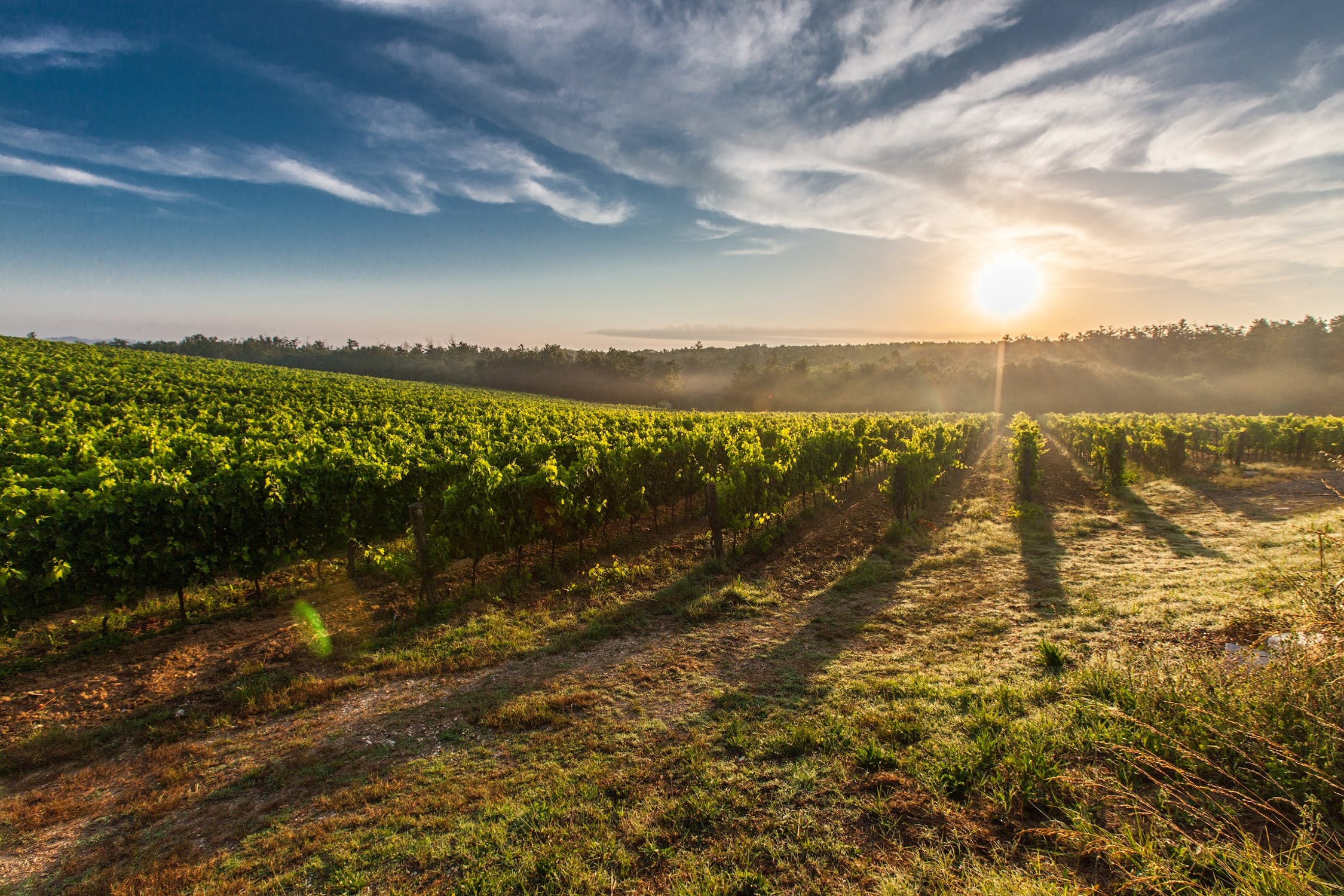 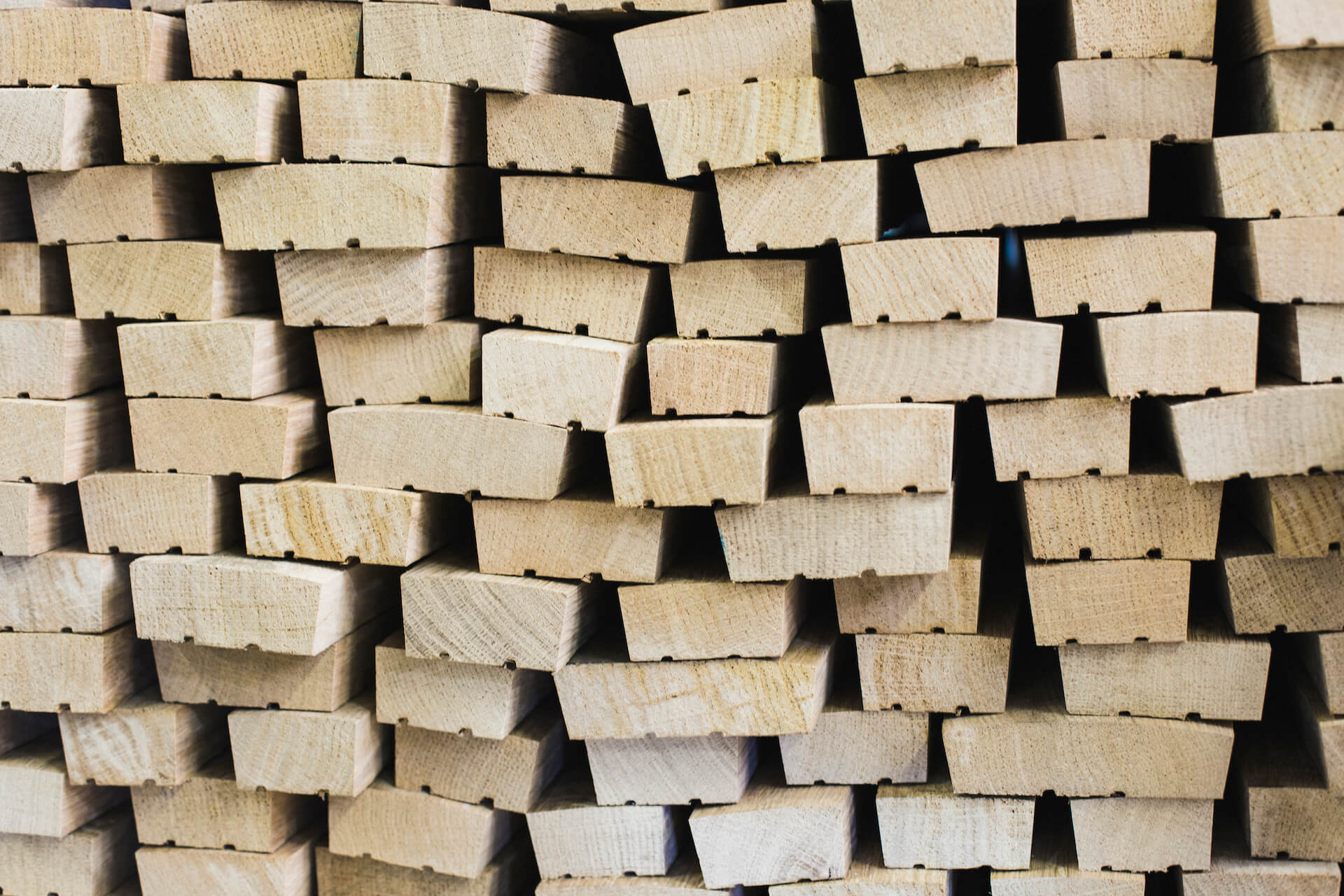 The barrel: From a primitive container to a crucial oenology tool
Created by the Gauls, barrels were quickly used to replace their Mediterranean counterparts, earthenware amphora considered too heavy and fragile. The first oak barrels were initially intended for storage and transport of wine, beer and food.  It was only during the following centuries that its unique aromatic properties were discovered. Aging in wooden barrels not only gave wine the particular tannins it contains but also secondary aromas, depending on the charring it has undergone in its manufacture. 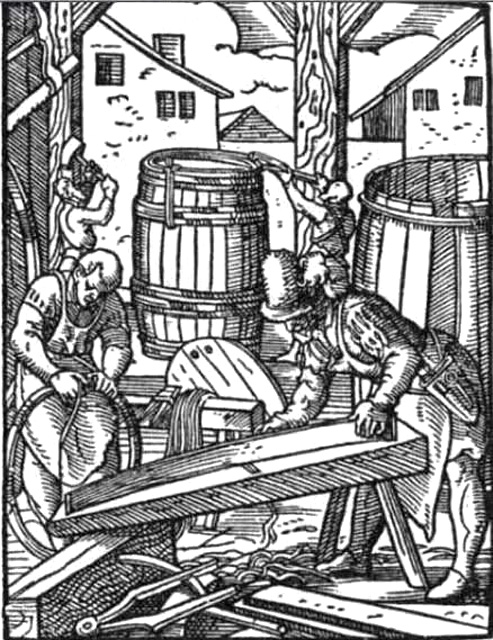 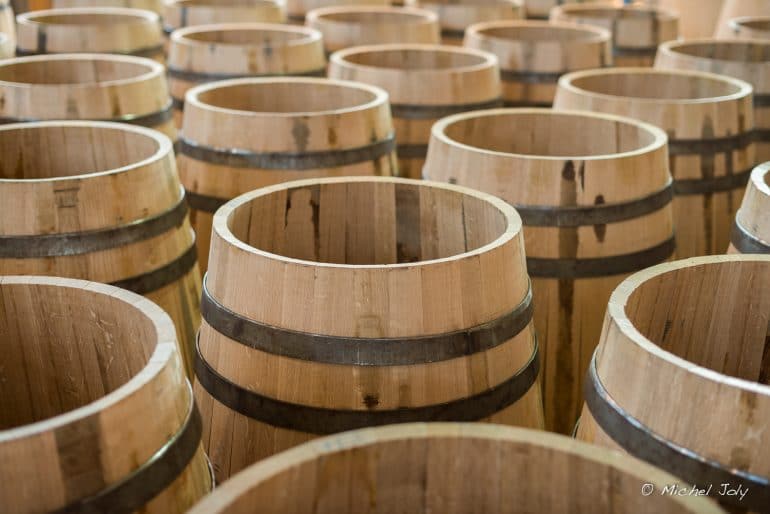 The inspiration: La Mise en Rose of the barrel
At the heart of the barrel creation is the "Mise en Rose", where the barrel really begins to take shape. Staves, these pieces of wood making up the barrel, are assembled inside a temporary circular strapping.  When the cooper slips in his last stave, the rose holds on to itself, consolidated by barrel hoops. Then comes the heating process, with the aim of making the wood malleable. Regularly moistened while being heated, the wood fibres will be rendered flexible to allow it to be bent into shape. Hallmark of each individual cooper, charring or toasting the inside of the barrel with fire will give the wine its aroma. 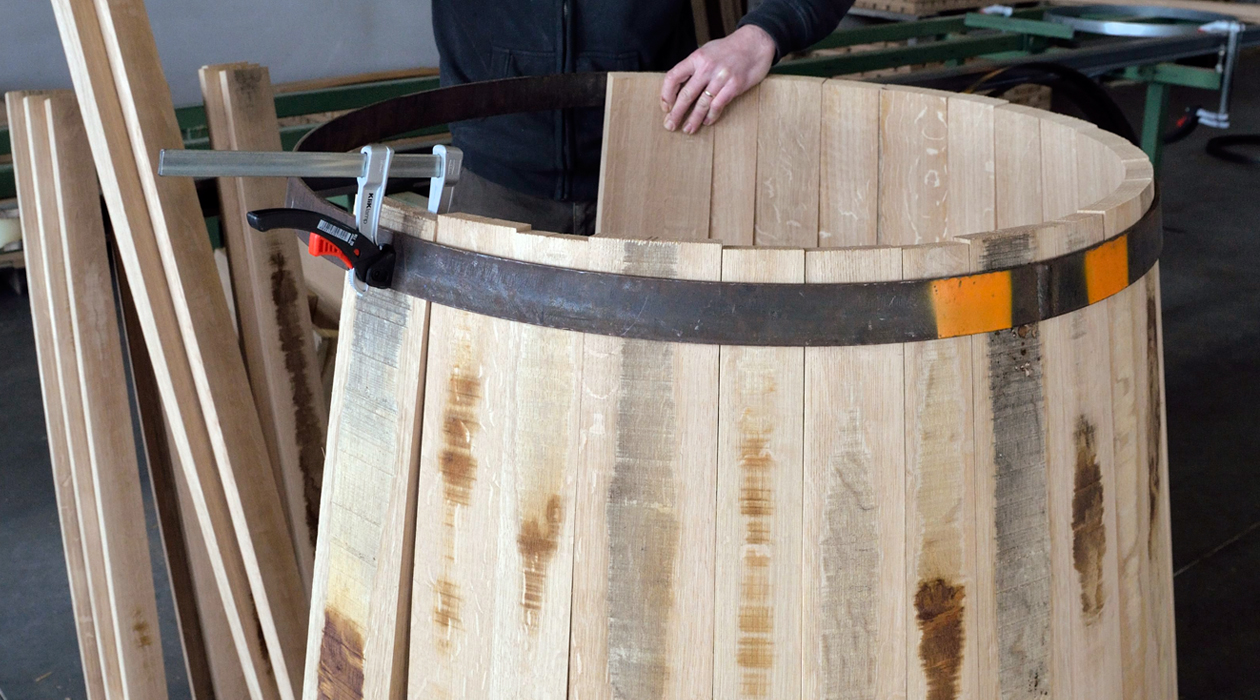 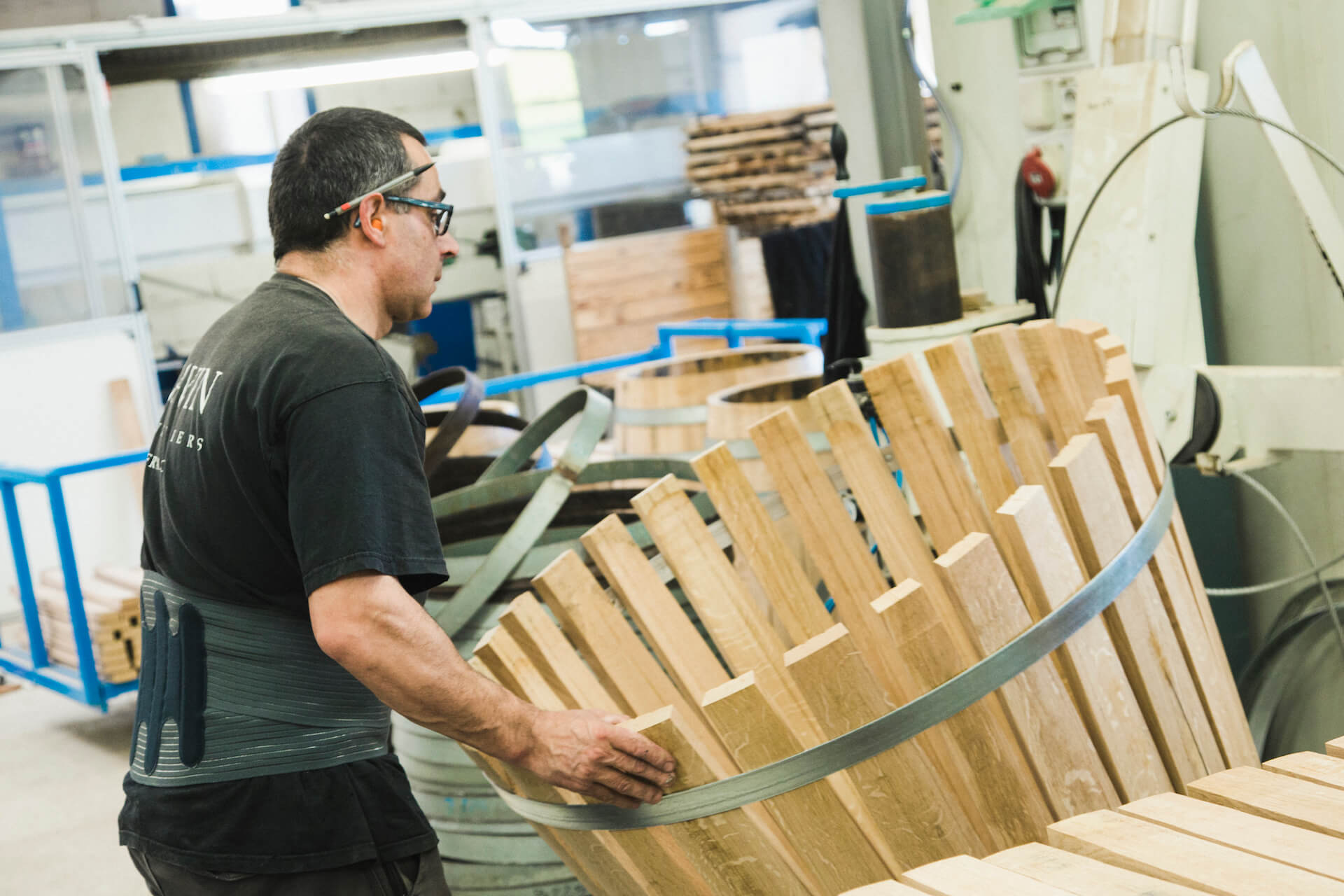 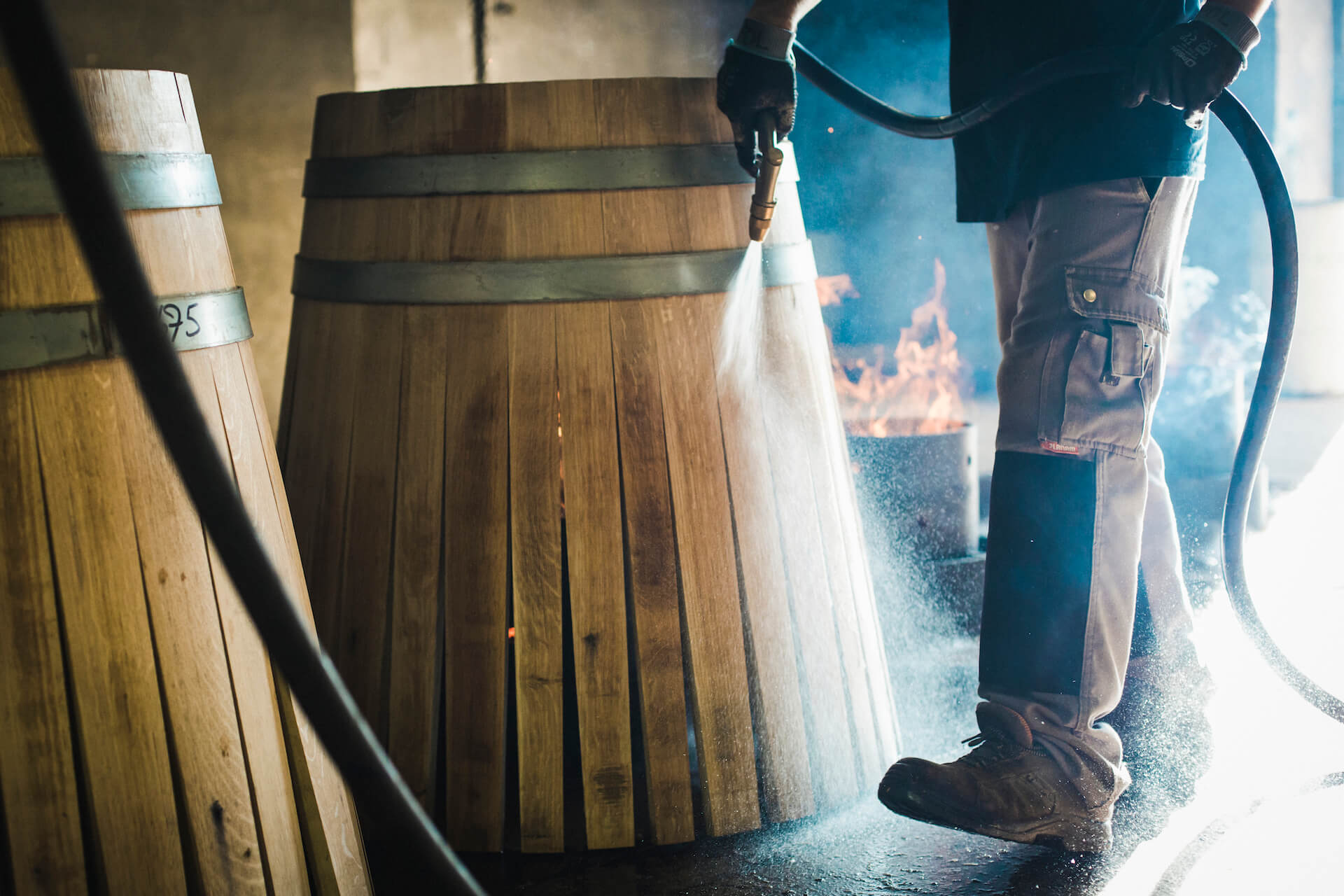 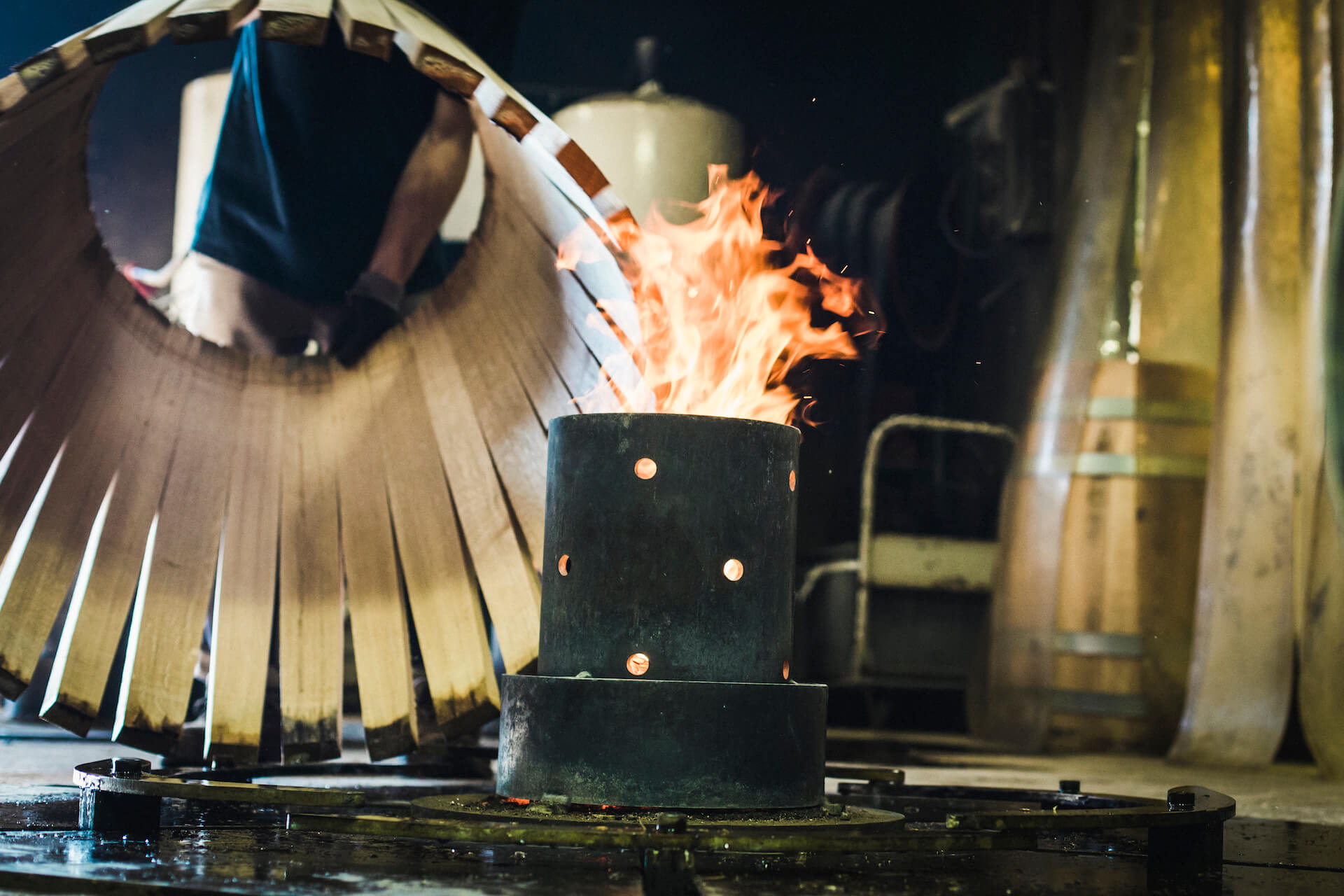 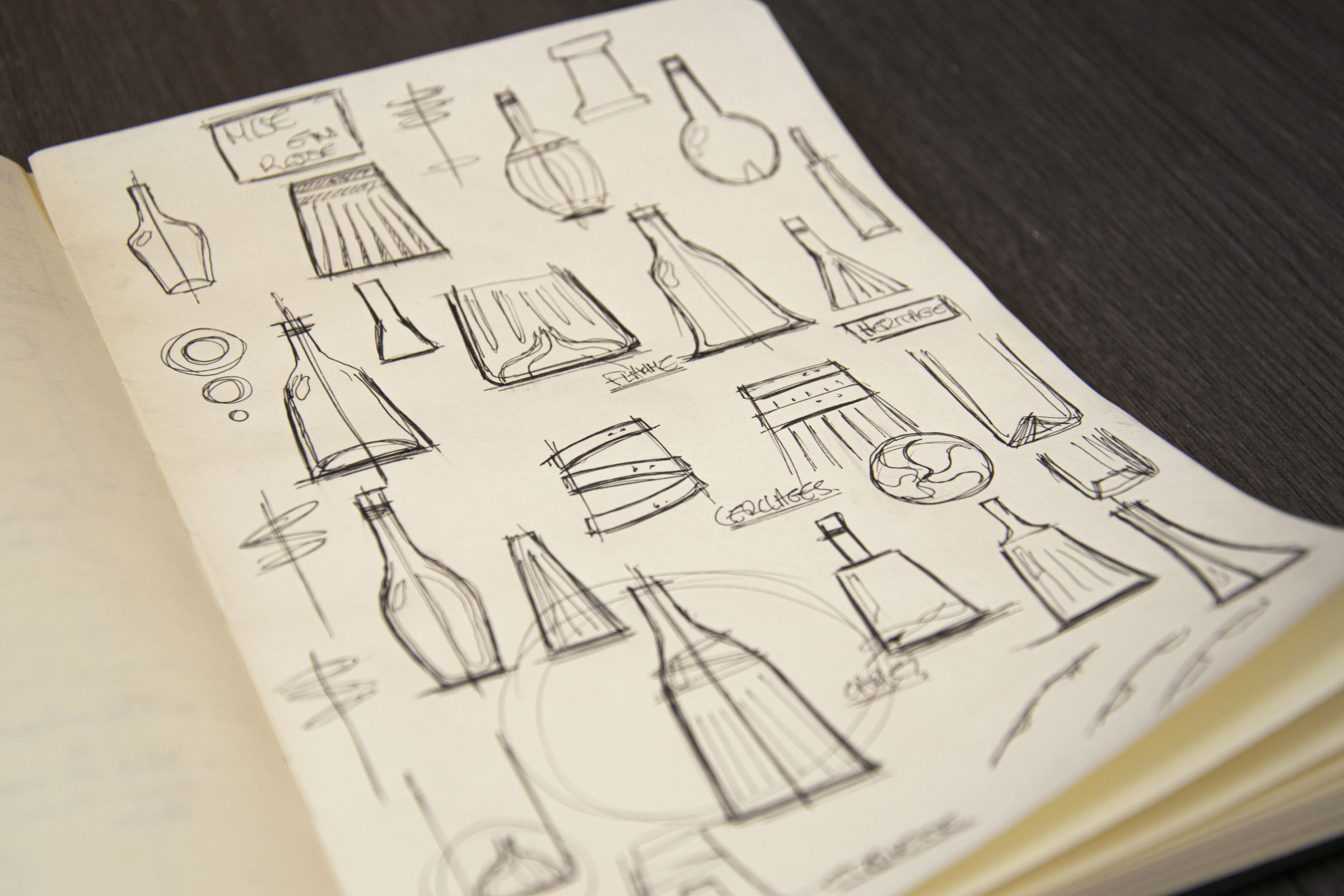 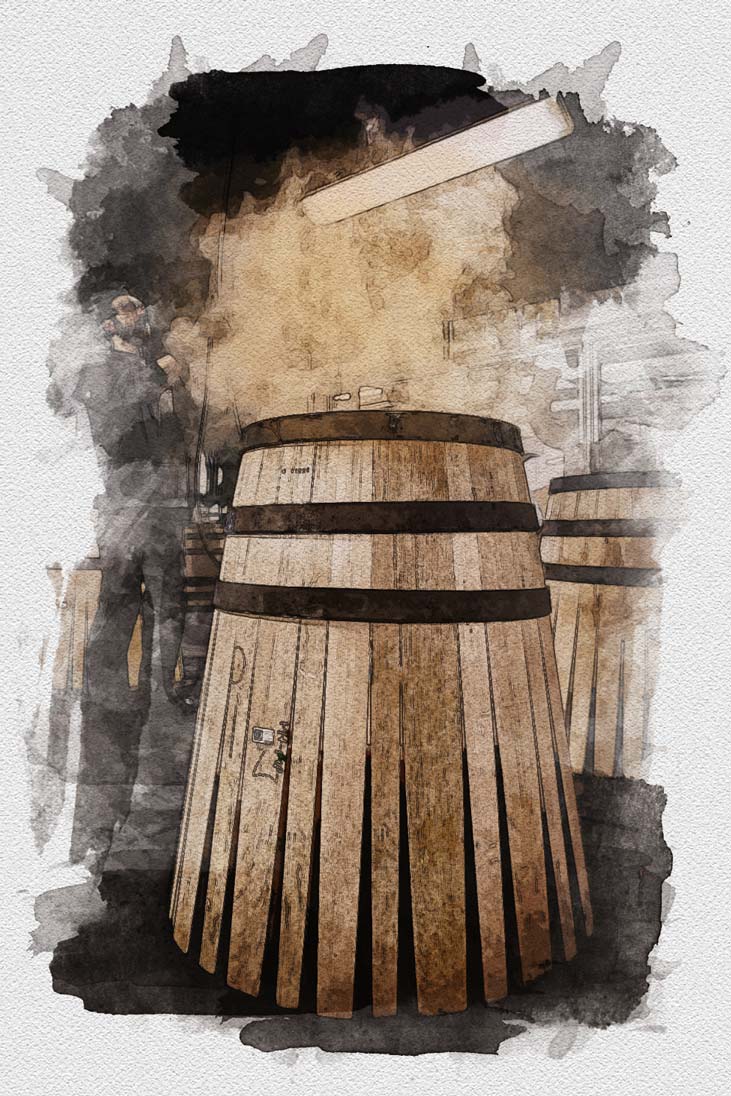 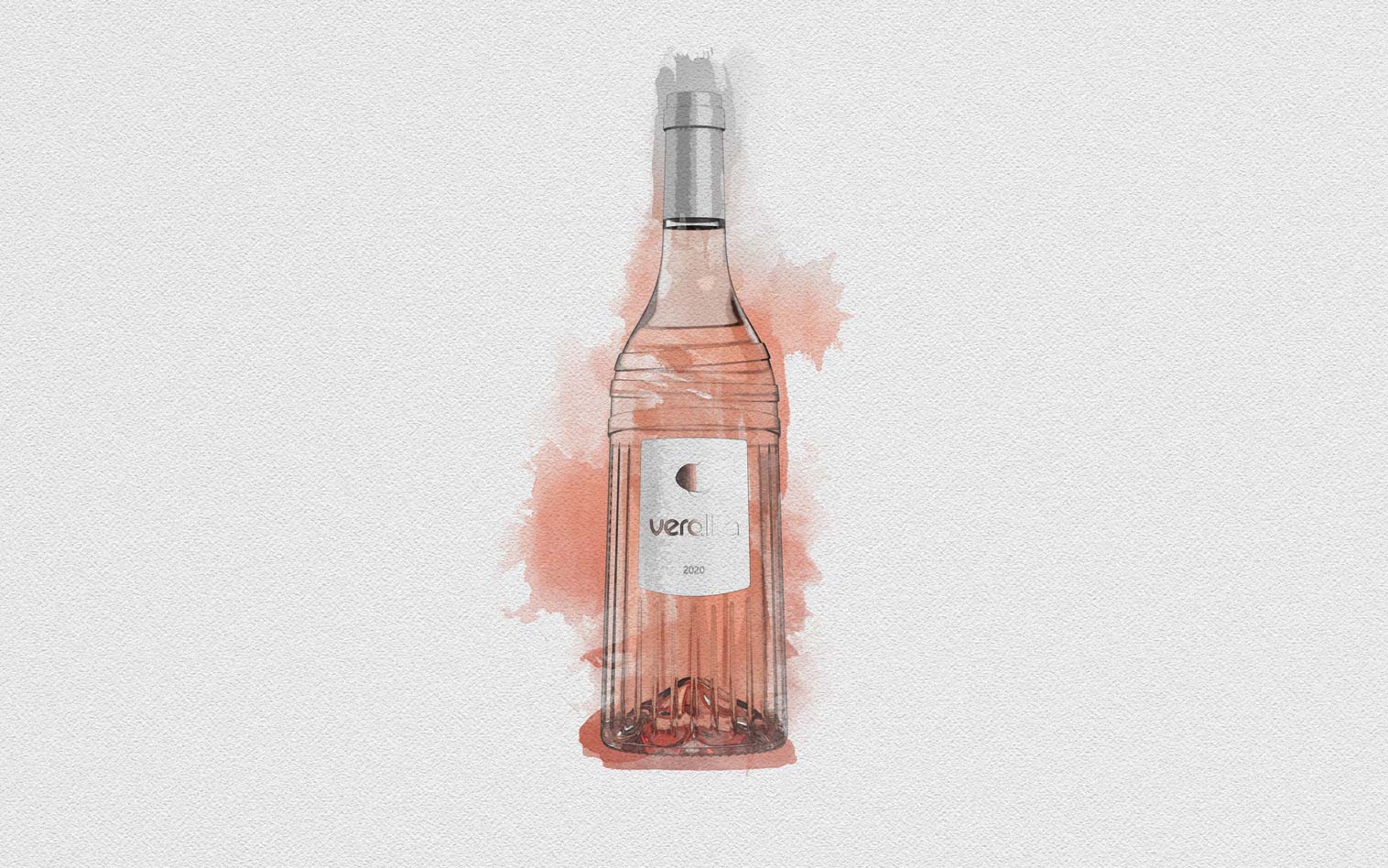 The design: Between tradition and modernism
The shape of the bottle is directly inspired by the "mise en rose" assembly process. The slight conical shape gives the impression that is both stable and slender, while remaining easy to handle.  It portrays itself as a delicate object, not only calling for contemplation but also reflection on the heritage and tradition of wine-making. Mise en Rose is not just a simple container but is a bottle seeking to sublimate the wine it contains, similar to wine aging in the barrel through the years. 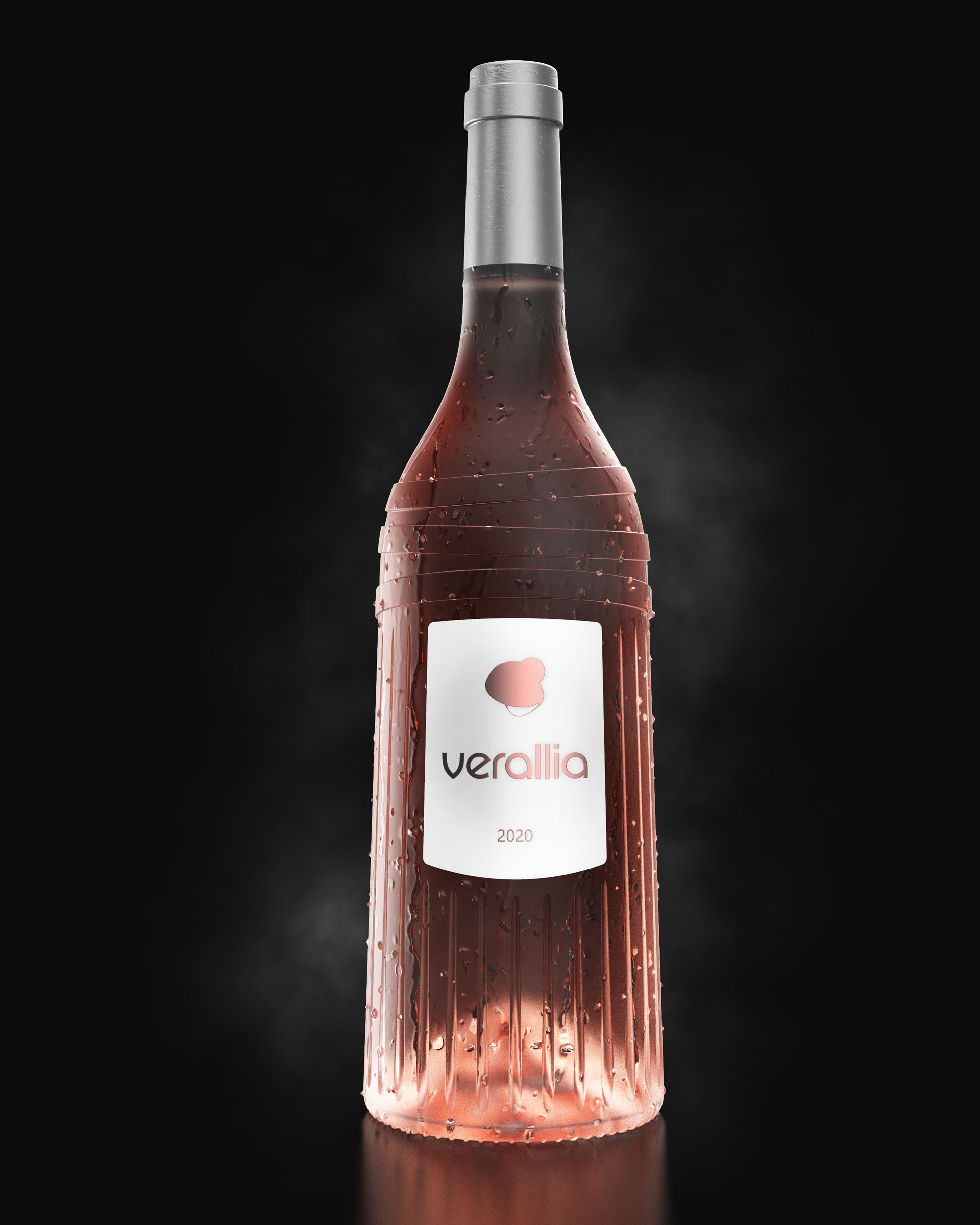 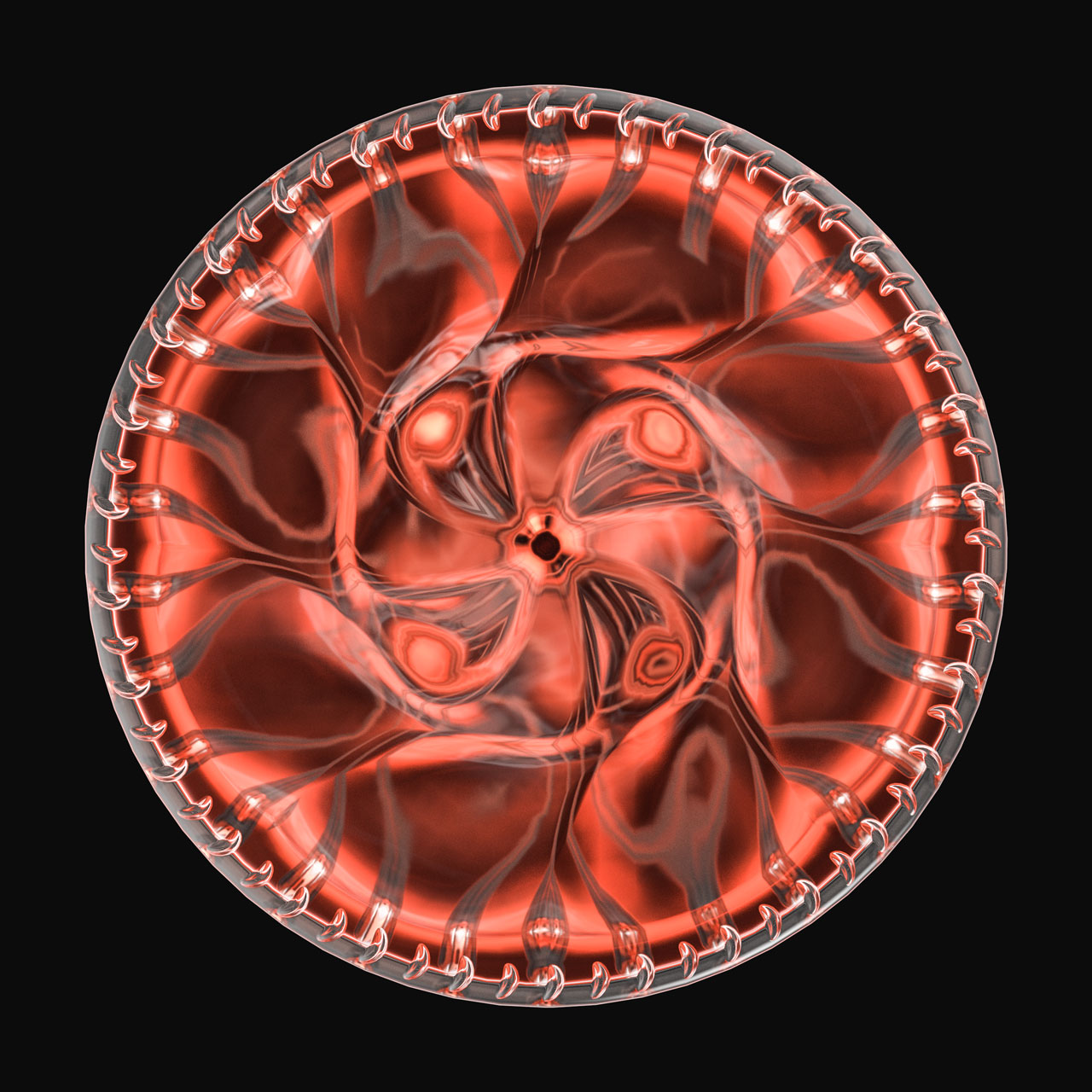 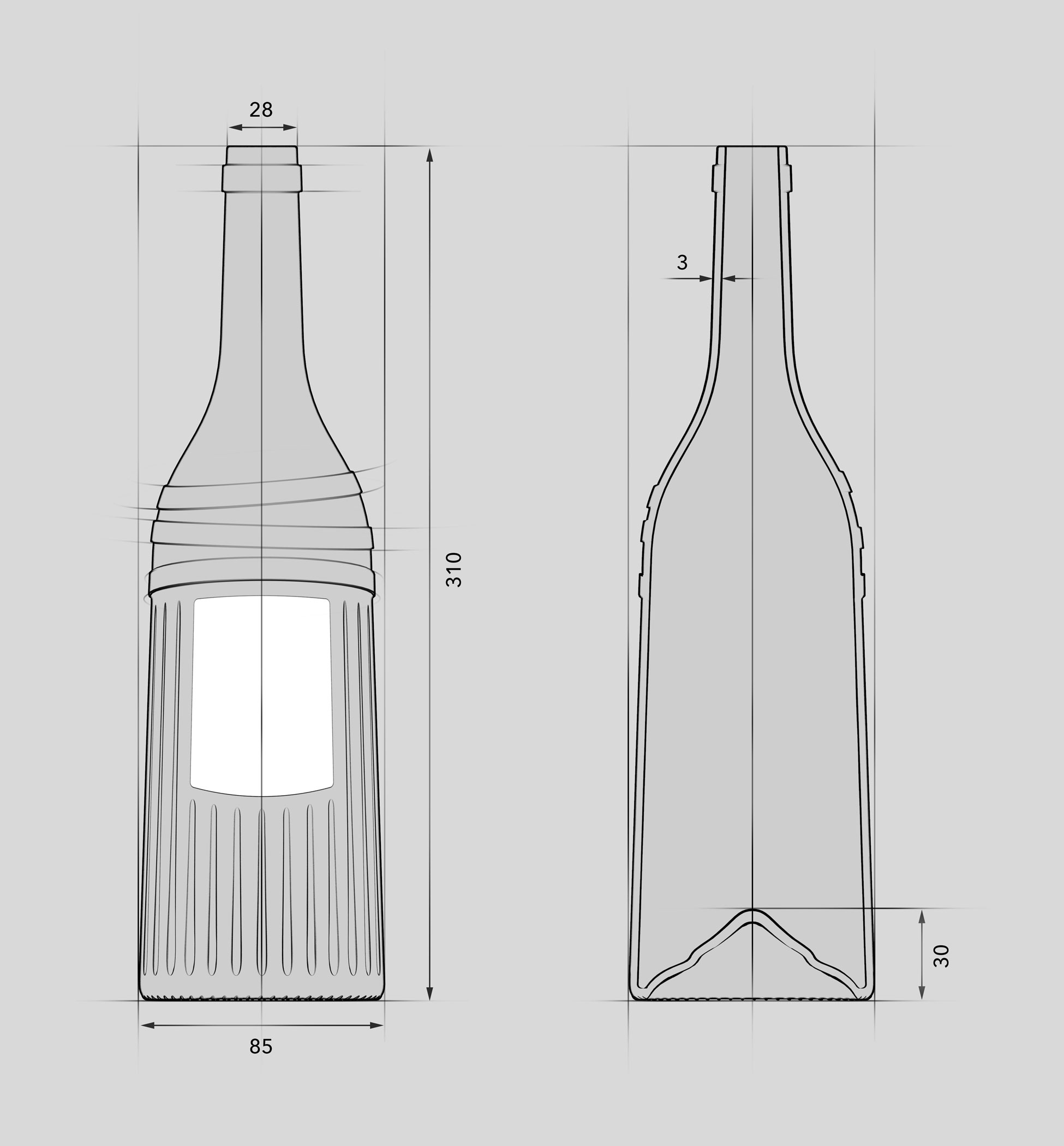 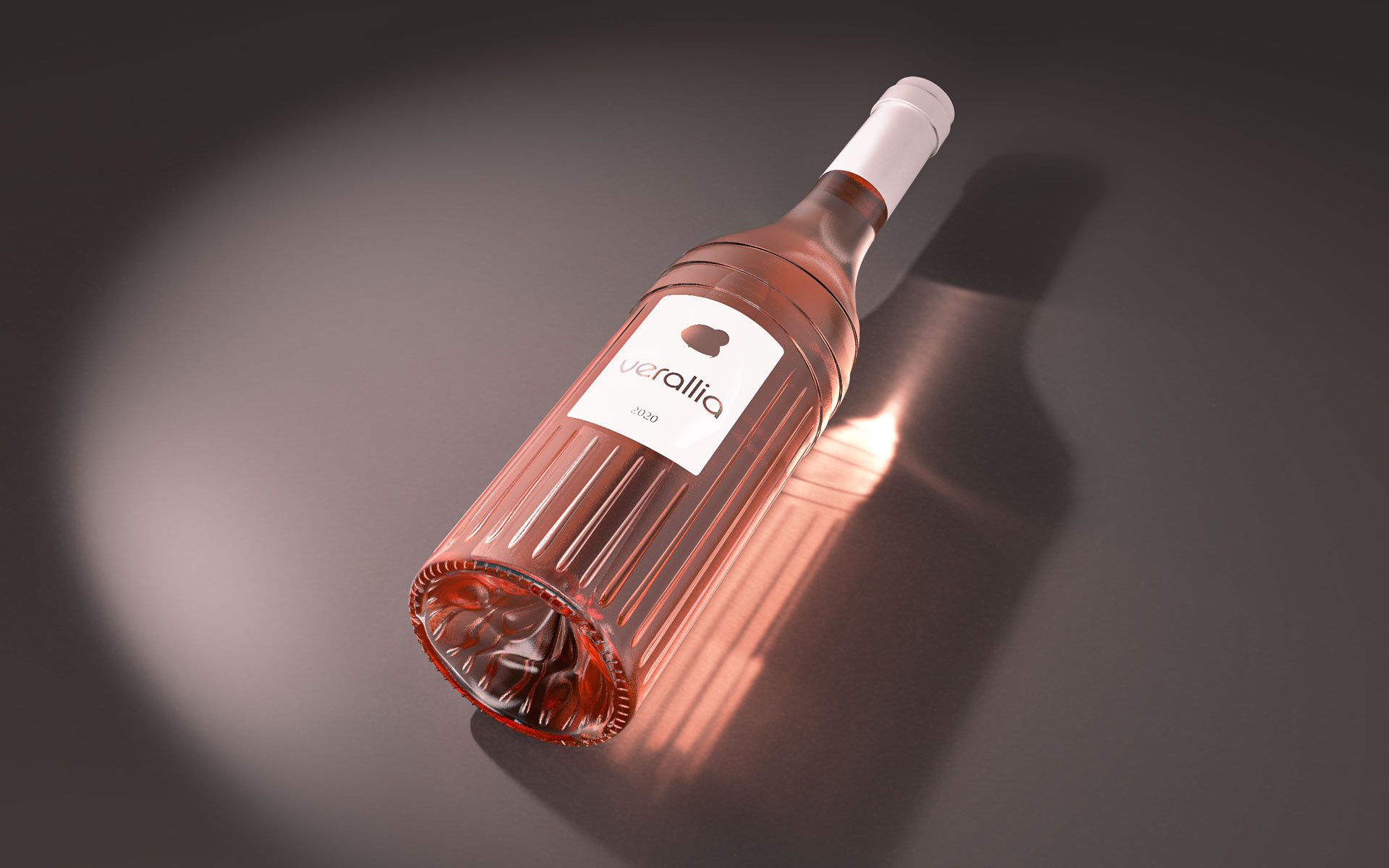 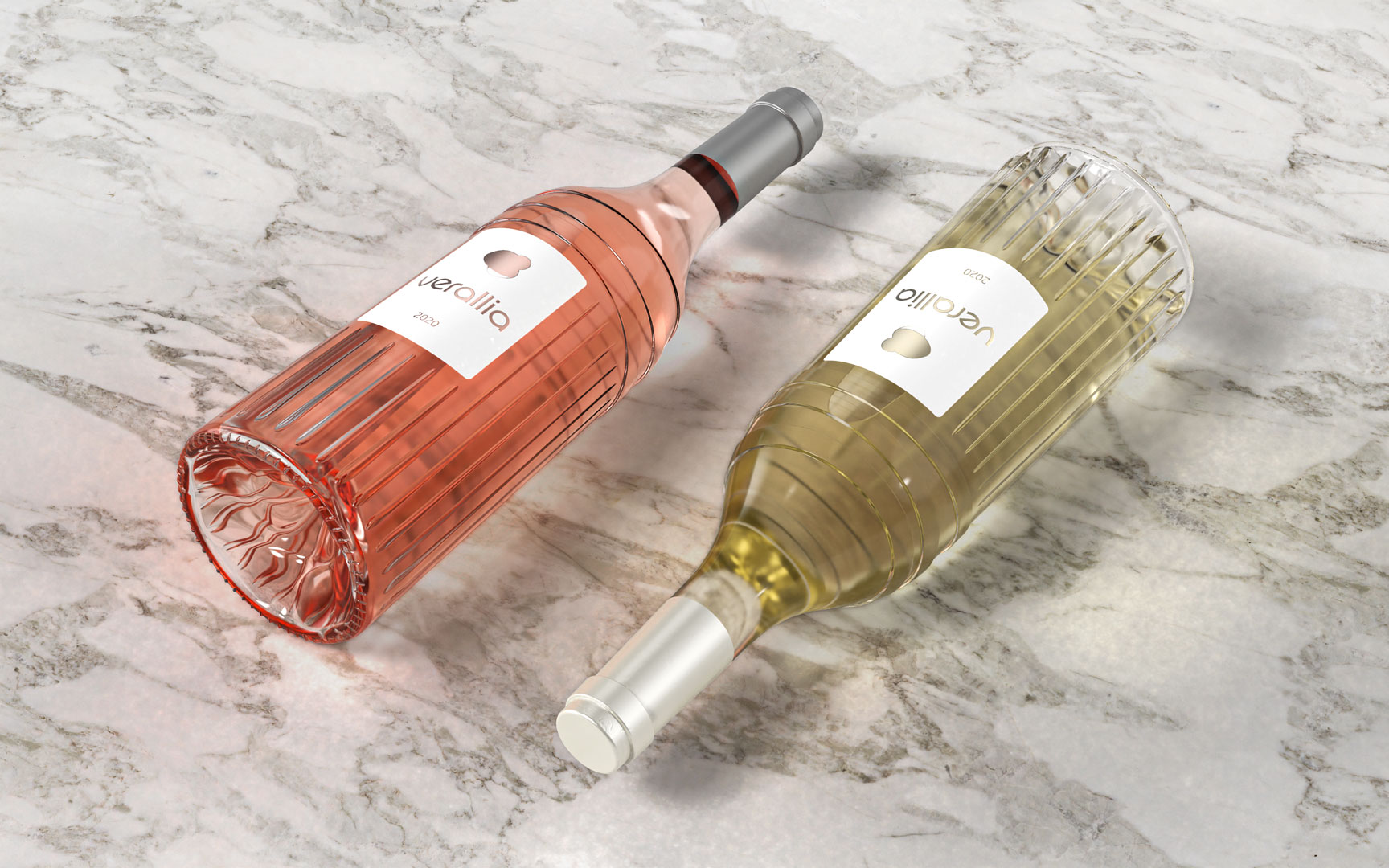 The details: Subtleties serving a unique bottle
The fine and subtle details of this bottle elegantly contrast with the raw and rustic appearance of the barrel. The vertical fluting on the glass, the same number as in a barrel, recalls visually the staves of the "mise en rose". The few circles arranged randomly on the top of the bottle depicts the hoops which eventually encircle the barrel. Shaped like a flame, the punt (underside of the bottle) evokes not only the use of fire essential for bending the staves but also recalls the malleable property of glass when heated over fire. 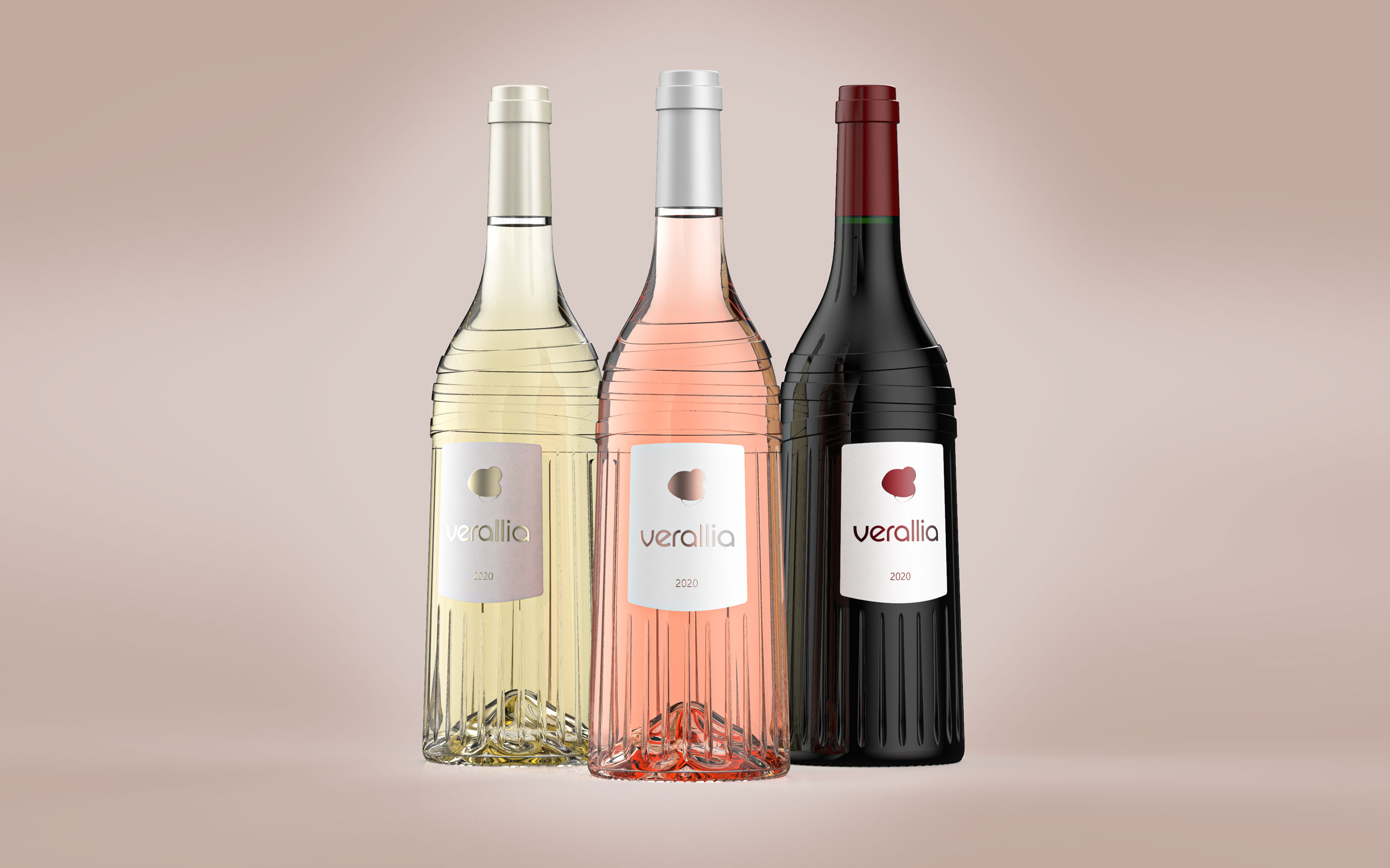 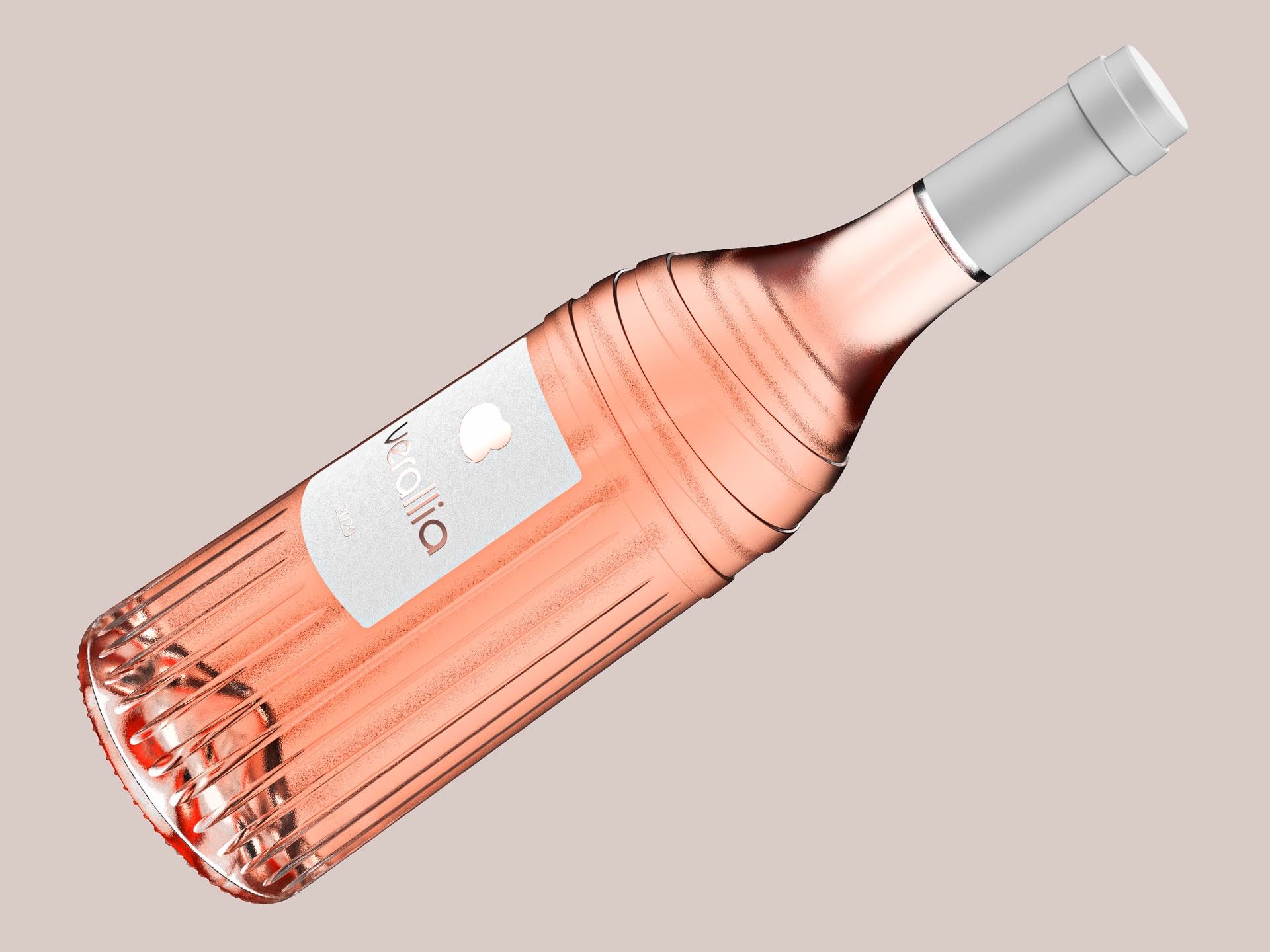 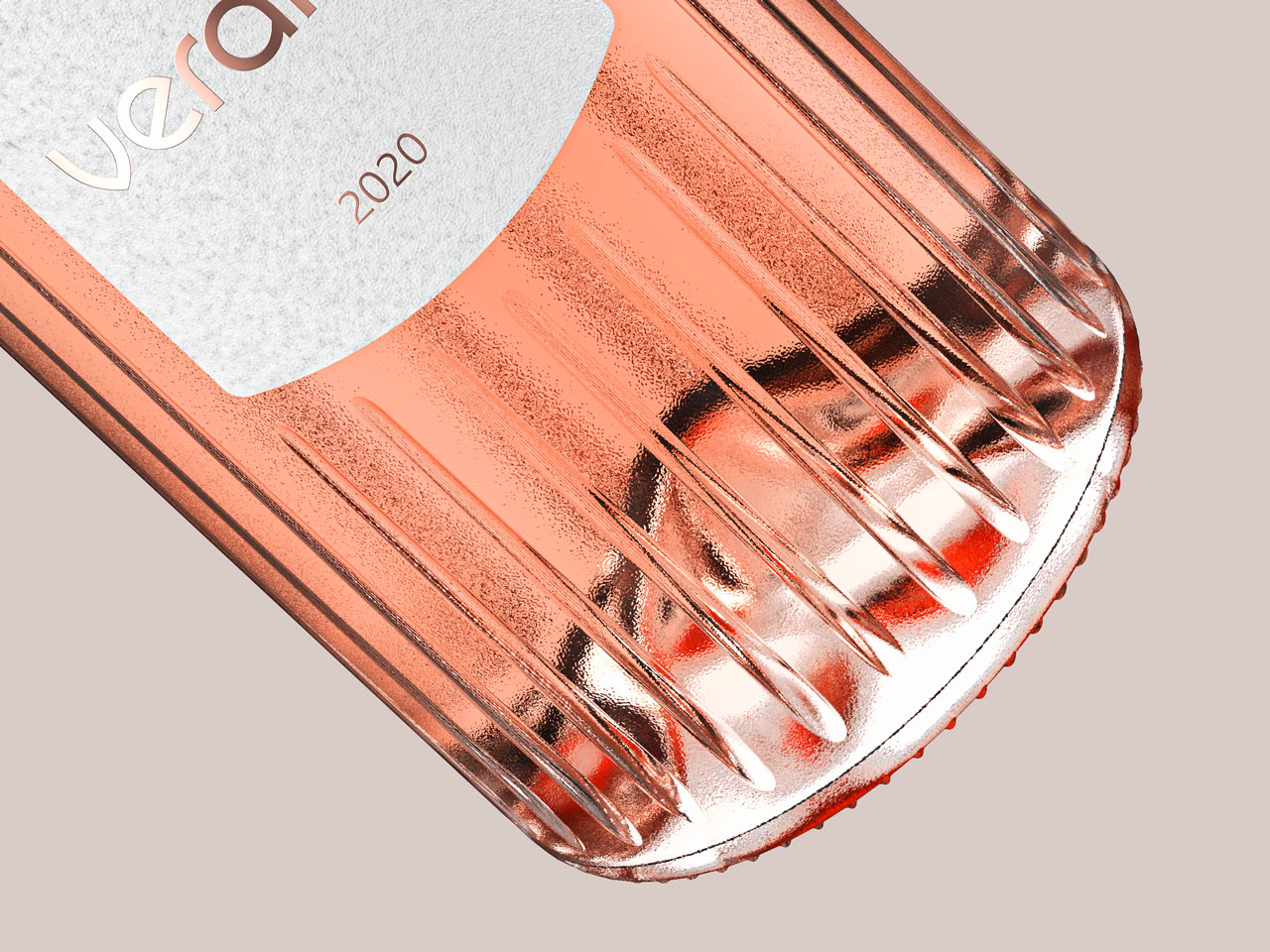 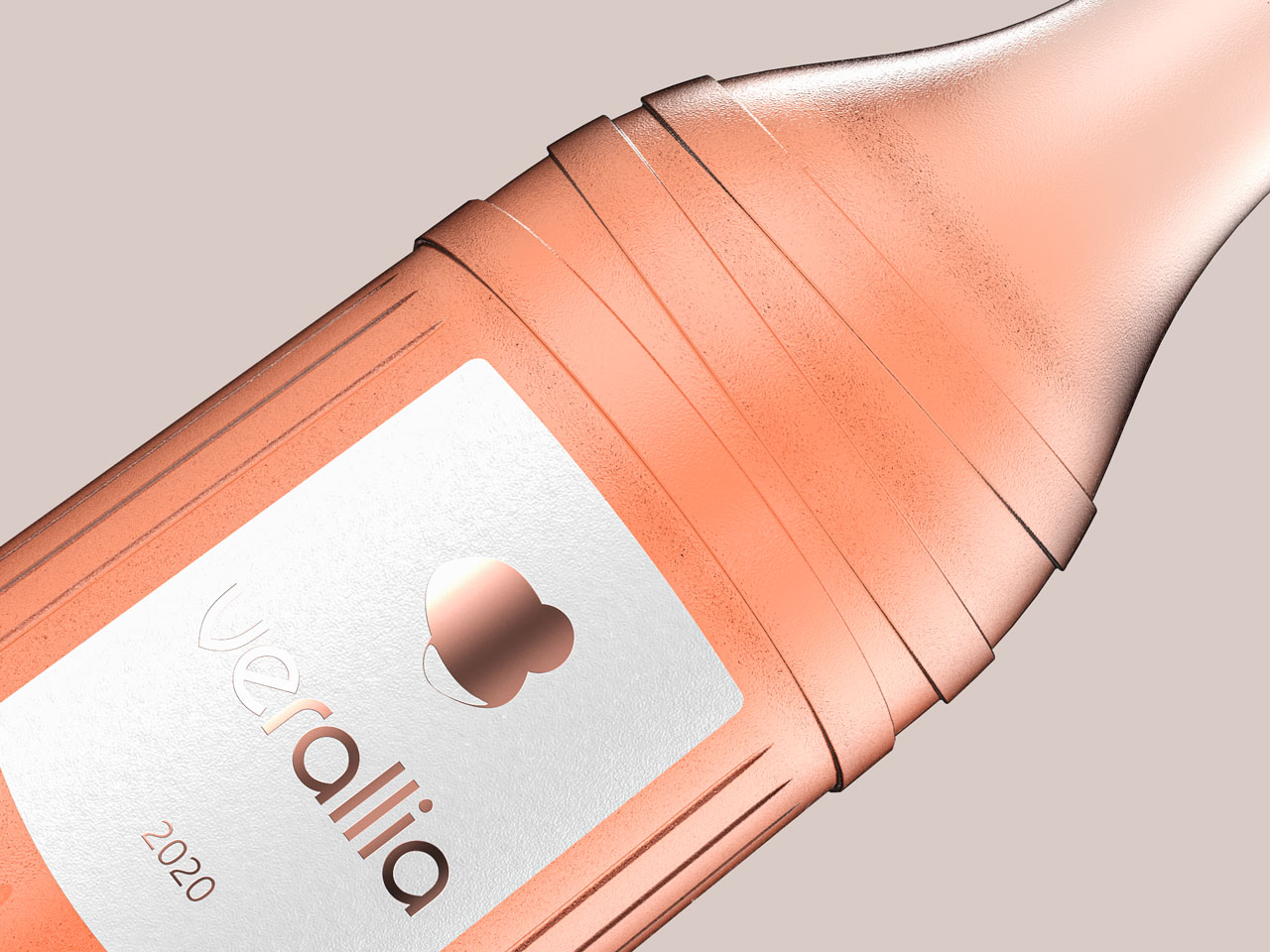 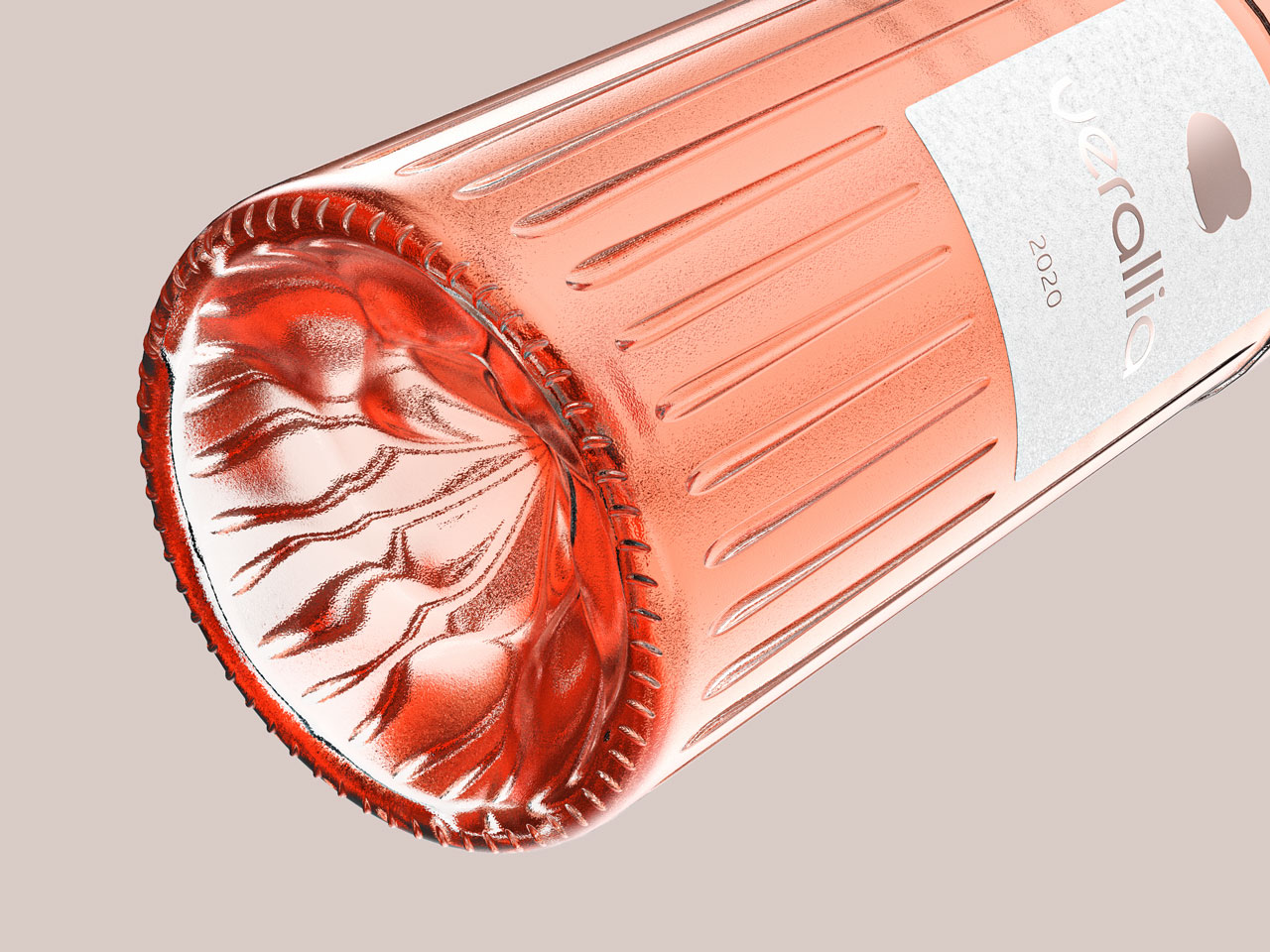 Back to Projects
All work © Philippe Garaude 2022
‍
‍
‍